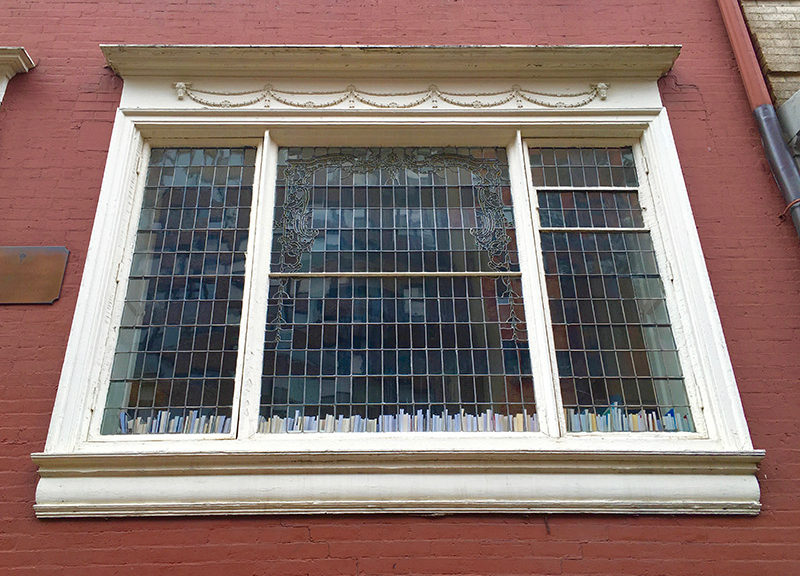 The first thing to say is that I can’t actually tell Auntie Monica (or phantom you) where I am. Not properly. Not specifically. I wish I could but the lawyer says that would attract the wrong sort of attention to my father’s “affairs.” I knew he was deeply in debt despite having quite a bit of money squirreled away in investments as it turns out, but I’ve since learnt he also had this whole secret property thing going on. It wasn’t in his name, he wasn’t living in it – which I just don’t get, because it is (well probably was at one point) stunning. Mr Wallace has said I can stay in the property while they work out my father’s debts (which means I get to delay my return home for a bit longer), but that I shouldn’t let anyone else know about it, or where it is. So this is me keeping my new home address a secret. All I’m going to say is that it’s… unbelievably central.

Mr Wallace (Orvin) is sort of a cross between an adorable uncle and a completely creepy school teacher. He keeps calling me ‘dear’ which I hate and he seems insistent on giving me hugs. I think he thinks he’s consoling me for the loss of my father. Ummmmmm… I never knew the guy, we’re cool.

This city is just incredible, it has to be said. I thought London was mad, but this place… I haven’t done anything on my bucket list yet. I’ve done some walking about but I’ve been too wrapped up in “dad” stuff. I’m still… I don’t know, freaked out? I can’t make any sense of the page. I don’t understand why he wanted me to have it, and the handwritten letter doesn’t help at all. It’s just the original version of the book page. Though, the phrase ‘ripe and runny with wonder’ is just haunting me. Mr. Wallace said it seemed “Thoreau-esque.” Maybe it was important to my dad, sentimental, and he wanted it to stay with a “Green”, which I am now? Always was? It’s been brilliant exploring a new part of the world under an assumed name. But Deidre B. is waiting for me on the other side of the ocean. Not missing her just yet, however. 🙂

Tomorrow I’m going to give myself a break from it and check something off. Maybe the High Line? But for tonight I’ll have pizza (the choice here is mad!) and try and get a good night’s sleep on the single mattress – currently placed on the floor of the living room.
Dx 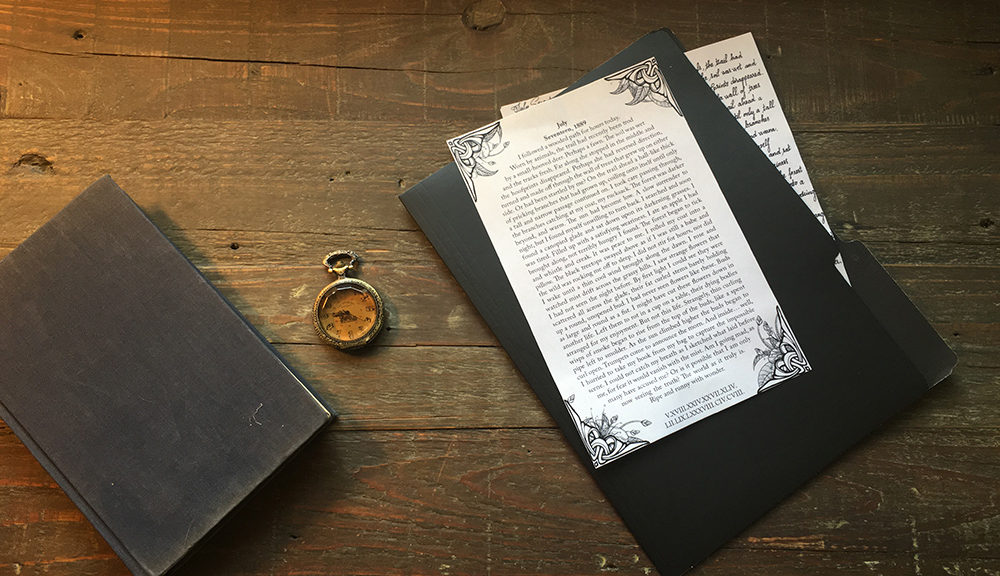 So this is all that’s left of the man who was my father. This is what he left me. A book, two pieces of paper, and a pocket watch. His body was burned and his ashes were scattered in a place called The Ramble which is in Central Park. Those were his wishes.

No resolution. No revelation. No last letter to his little girl. No reason for letting go of me.

I spent hours with the lawyer today. There’s so much to process. Don’t feel like writing anymore right now. 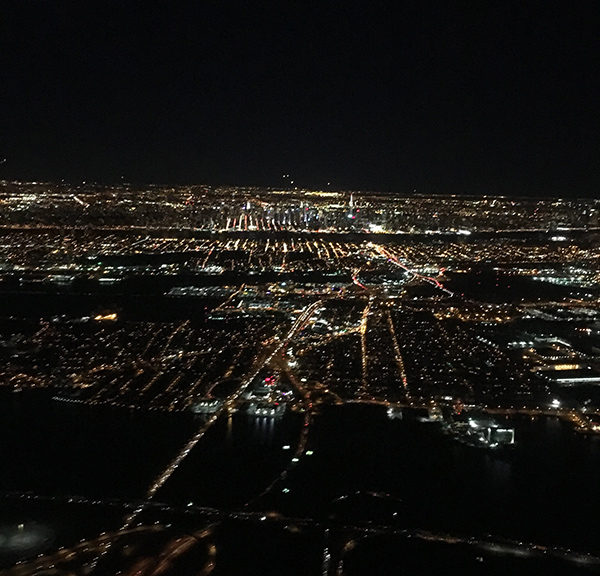 I have so many mixed up feelings at the moment. But hey, look, there’s New York City.

My flight leaves in about an hour. I’ve found a spot by the gate. I am extreeeeeeemaly hungover.

Last night is a bit of a blur but I know a few things: there was a lot of crying, there was a fair amount of singing and Ciarán Connell was lying next to me this morning when I woke up. I actually left him sleeping as I was already late. I’ll let Auntie Monica deal with that fallout!

I’m suddenly nervous. I just realised that I’ve entered into this whole thing a little blind. A month ago all I had to worry about was the collapse of civilisation and our systems of government, today… I have a new name. A father, who’s dead. An inheritance of sorts – a new name. A new identity… in a new city in a new country! I have no idea what is waiting for me on the other side of the Atlantic.

At least I’ll sleep on this flight. If I can manage not to throw up.

See you on the other side people, DB (DG?) xx

It took us three days to have the conversation, but here’s what I now know.

So Auntie Monica has never lied to me. She always told me that when I had questions I could ask her. I just never felt the need I guess. I’ve always known I was brought to her when I was almost 6 years old, after my mother died. We’d talked about my dad in the past. She didn’t know him that well, but I knew that he wasn’t from Ireland. I knew he was American and that I was born there and brought to Ireland just after my mother passed away. Auntie Monica was made my legal guardian and I was raised here. Irish passport – the lot. Obviously no hint of an American accent, despite actually being born in the States.

So his name is Sullivan Green and my surname is Green. That’s new! He used to do something with books but the last Auntie Monica had heard, he had fallen on hard times. A deal that had gone wrong. The only really new thing we know now is that he died homeless. But also that he’d left provisions for me in his will. I always wished he was watching after me. I guess he was in a way.

We sat up until three, drinking Camomile and crying over pictures of mum. I don’t think we look alike, except perhaps in the eyes.

To do before flight:

Did I really think that I could come back here to live full time? Bunratty is… Well let’s say it’s small. Tony in fact. Even Limerick is tiny. Auntie Monica though – she makes it feel good. I didn’t realise it had been nine months since I’d seen her. FaceTime makes it feel less I guess.

I sat at the bar of Nelly’s while she worked her shift last night. I drank too much mostly because other people were buying. It’s one advantage of being away so long. Saw some old mates from school. Ciarán Connell was in, looking almost as cute as he was in Sixth Year. I didn’t make too much of a fool of myself with the Jamesons. I don’t think. I hope not.

We haven’t talked about everything that’s going on yet. Waiting for the right time or maybe for these changes to process. Auntie Monica seems a ‘avoidy’ to say the least. DBx

Spent day packing. Most of my stuff will have to go into storage in Bunratty. I’m trying to decide what I should take with me on the longer journey. Auntie Monica is being a total star and has sent me the cash to get the stuff shipped.

What all this means is: I’m going! I’m actually going to go to NY. FREAKED OUT!

I broke down (a little) when I found the camera. He gave me a camera for my birthday last year. I loved using it. But since we split, since he’s been gone, I’ve maybe taken two photos – and both of those were with my phone!When your ex is a world class photojournalist I guess you’re bound to feel a bit odd about taking snaps. The pictures on my phone are not that bad, so maybe I’ll just stick with it. The camera? It’s worth a few quid and hardly used. I guess I know now how I’m paying for my flights!

Bye Dave – I’ll write you from the new world (maybe) – my new world.

So amid all the chaos in our world and the breakdown of our governments comes a moment of utter personal WTF!

There are days when your world just shifts 180 degrees and you find yourself looking at things from the other side of the looking glass. Today is one of those days. My view of the world and my view of myself is changed forever.

This morning I received a letter from a New York law firm. I’m still processing the contents and I honestly don’t know what to make of any of this. You spend your life with an identity. You build your world based on it. You piece together what you can from the patchwork life you’ve been given. You fill in the gaps with some assumption. But then this arrives and all that changes.

So it turns out my dad has known about me all these years. Probably knew exactly where I was this entire time. And that’s not even the shocker. I’ve found out that he’s dead. He was living IN NEW YORK!!! And he died two weeks ago. The letter says I have to go there. Sorry this is a ramble – a bit much to process.

I called Auntie Monica immediately. Now I’m freaked out. My dad? She doesn’t want to talk about any of this on the phone. She’s asked me to go back to Bunratty so we can talk in person.

How did they find me? The law firm, I mean. Did he know where I was? When I was a girl I used to imagine he was watching over me, keeping tabs on everything I was up to. It’s some silly little fantasy that I’d always thought about, always hoped for, but didn’t dare to dream it was true. And it just might be.

Oh, and I think my name isn’t actually my real name! What is going on???? 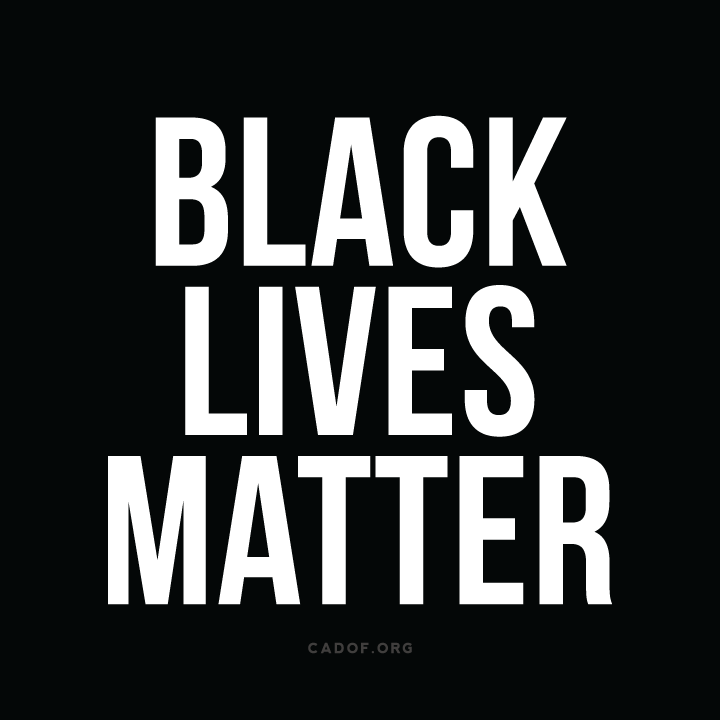