There were maybe 8-10 people in the vault when I got there. They’d been trying to figure out the solution to unlock The Little Red House.

I didn’t know what they were capable of, or how far they’d come in solving the puzzle, so I hid, trying to think of what to do. It was night outside, but each of them had a light hanging from their hand, like a lantern light without a lantern. They were using them to navigate the dark castle. I realised it was the only light in the vault. The candles hadn’t lit for them. Something my father had done?

So I held the stick tightly, and thought of The Wishing Jar. The book about a magical jar that catches the last ray of sunlight before the world goes dark. I imagined the stick was like the jar. I told myself a version of the story, feeling the stick resonate when I was getting it right, when I was figurating. The world going dark, the stick catching the only light and hiding it, protecting it. (I’m fully aware of the possibility that I’m only able to figurate because of the stick, btw.)

And suddenly all their lantern lights were pulled from their hand and zapped inside the stick. I didn’t know how long it would last or if they’d be able to just cast a new one, so I hurried in the dark, taking the books, using the chaos of the sudden dark and my memory of the castle’s layout to solve the puzzle. One of them had conjured some sort of glowing plant by the time I made it back to The Little Red House, and they saw me. We were in a silent standoff. They were stunned, not by me, but the appearance of the stick. I heard a knock behind them. I’d summoned a door. I grabbed the book, raced through the bookcases, and ran for the door Cole and I had rehung. I looked back to see the glowing plant had grown up to the ceiling. They could all see me. They were all after me, one within arm’s reach. I made it through the door but the man behind me reached through. I slammed it against his arm, and I’m not proud to say that I gave him a stern promise that I was about to deposit his arm, on its own, in lower Manhattan if he didn’t let me go. But he wouldn’t. And they all started pulling at the door, trying to get through. I couldn’t hold them back.

But then the doorway started to heat up like it had when we’d first come back from the vault. When we left it open too long. His arm was burning. He was screaming but they kept telling him not to pull his arm back. But he did and I slammed them out.

I had no idea where Cole was so I checked the forum. Lauren was already watching and telling you what was happening. I was almost too late. I had to do something to get the book to Cole.

There was no way I’d get there in time without magiq… so I caterpillowed myself. It was incredibly painful. I could feel invisible wings growing out of my back. But I knew how to use them instinctively. Like I’d always had them. As soon as I grew them, cracks ripped open all over the stick and my stomach turned. The stick was going to break. I had to hurry.

The rest you know. The book started to fall apart and I used the wings to blow the remains into the Storm. I kept the piece that broke off in my hand. It’s sitting on the mantel now. The last piece of my parents. 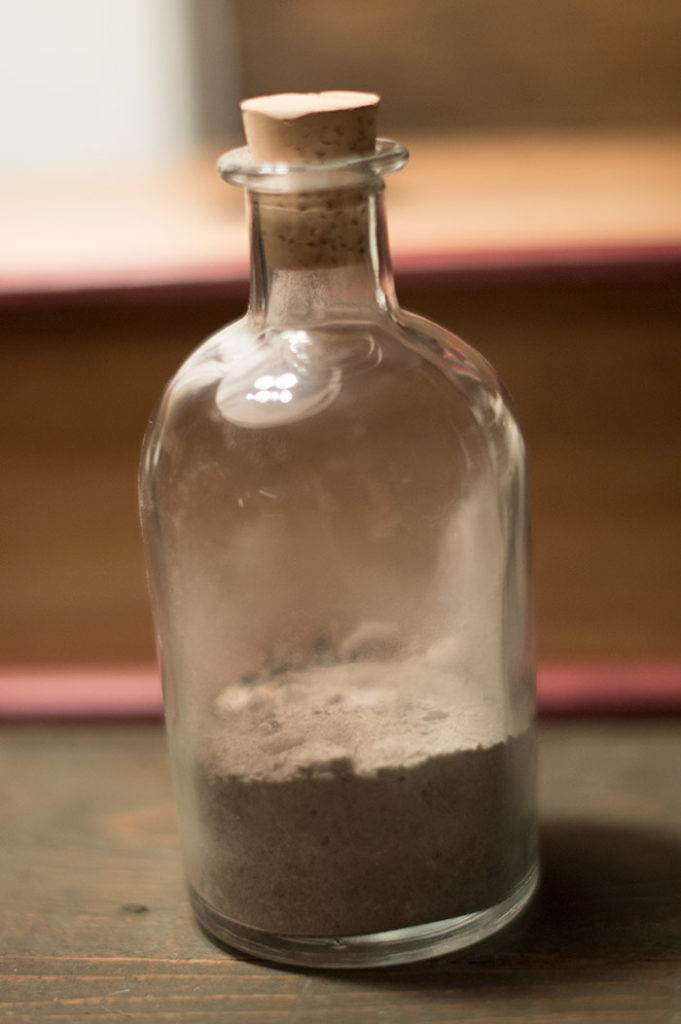 It’s been hard to tell you about my father’s last entry. His goodbye to me. I’m not sure why, but I think because once I do, it means this is over. This past year, and this time with you in a way, is finished.

My father planned out everything I had to do to get to here, but he says he also hoped I could create a life after, whether magiq or not, out of the shadow of him and all of this. He wrote in the last letter that he had followed in the shadow of his father, my grandfather Warner Green, for years. He grew up in the old printing house, at my grandfather’s heel, and he took on the responsibility of A&L Publishing when his father died. He spent a year there, determined to take the reins of the company and build it in his father’s absence, refusing to believe there might be something more out there in the world.

But then the printing house burned down in 1979. My dad got there before the fire department could and found the fire already raging, thousands of paperback books kindling the blaze. He’d tried to put out the fire himself but it had spread throughout the building, and he’d almost died, lost inside, consumed by the smoke and heat.

Then he saw a man in the fire. A figure that, in his delirium, he swore was his father. He blacked out, and when he came to he was in the back of an ambulance, being treated for smoke inhalation. The fire department had arrived but there wasn’t much they could do as the building collapsed. He thanked them for saving his life, but he was told they found him out on the sidewalk.

He had no idea how he’d gotten out. My dad knew he’d been delirious from the smoke, it couldn’t have been his father, but it was in that moment he knew he had to let him go. Let that life die inside the smoldering wrecking of the publishing house.

With his father’s footsteps burned away he knew he had to walk his own path. He wandered for years, lost… And in that wandering was when he first heard about magic. He had always been a believer. But in the absence of a purpose, he pursued it.

It was only years later that he learned his father had also believed in magiq. And had pursued it in his own way. My dad would turn a corner, visit a city, or meet someone new, and find familiar footsteps there. Traces of his Warner Green. (He mentions “the materials” my grandfather left him when he died, but I don’t know anything about them, and he doesn’t mention them again.) Years later in the palace of doors, in the midst of assembling the final steps to open The Book of Briars, knowing his time here was coming to an end, he found his father’s pocket watch. The one he remembered his father carrying with him throughout his childhood.

“I had always thought my father had been the force I felt, the force I called my soul’s providence. But only now, at the end of all this, have I finally seen the truth. A truth I wish I’d always known. So I want to tell you that I love you, more than I thought I could love, and I hope I have not troubled you so much so that you can’t continue on. I am gone now. There are no more clues to riddle. No more puzzles to solve. Nothing now but all the wonders of a life still unwritten. I gave my life for a cause, and if you’re reading this, we succeeded. And now I go to a place where you can’t. A place where my shadow can’t reach you.

It’s time for you to blaze a new trail for yourself and leave my shadow once and for all. You don’t need to be told what’s next. Find where your heart lies out there, my dearest girl, and seek it. I have no doubt you will find it.

Remember, you are your own soul’s providence.”

That was essentially it. Part of me wanted some last revelation. Some final truth. Some story to continue.

It’s why I’ve been wandering the streets of New York. Why it took me so long to transcribe it. To show it to you makes it true.

I don’t know what will happen now, Mountaineers. For you, for me… I think we’ll be part of each other’s lives forever though, in one way or another. We found magiq together. We changed the world. We’ll always be a big, weird family.

I imagine I won’t be in touch as much as I have been. I’m really not sure what I’m going to do. I have Ackerly Green Publishing, but part of me feels like that wouldn’t honour the sacrifice my father made. To live in that shadow.

Cole should be out in a few days. He’s doing well, considering how hurt he was.

The stick is cracked, but not broken. I wouldn’t use it again until I know more about it.

Until I know where I’m going.

I guess this is what it’s like to climb a mountain.

Most people start looking for a way back down, but I’m up here looking for the next peak to summit.

3 thoughts on “The Shadow”