Apologies for not writing sooner and for writing so much.

There are no words to describe it, but I’ll give it a go.

First, how I got there. I’m worried about writing it out. Even with the protection spell (this is a secret my father worked hard to keep) but the key to unlock the knocking door was in Cole’s notes on the bar receipt.

When I figured it out, the knocking door led through to a warren in the ground. I came out of a broom closet into a small dim room.

It was like one of those stories where animals had houses like people but made from things in the woods. The walls were soil but packed tight and rubbed smooth. The floor was made of flats of stone and nearly covered with overlapping mismatched carpets. There was a hearth charred by old fires. A wind down the chimney had blown cold ash across the carpets. The room was subterranean, but warm. Small but not cramped. I could stand up. There were ornate dressers and worn chests. The door to leave the warren was barred and broken. Dirt and pebbles were scattered underneath it like a landslide had slammed it shut. There was only one window. Its frame was a tangle of knotted roots that grew out of the top of the wall and wreathed the opening, like someone had asked the tree for a window frame. It was too small to climb through. The warren must be set in a hillside because in the distance I could see the tops of trees swaying in the wind.

I could hear tree bows bending against each other in the woods and every once in a while, when the wind would blow a certain way, the trees would move apart and I could see the top of some sort of broken tower in the far off distance. Like a lighthouse, but I couldn’t hear the sea.

You could smell magic in the air. Almost taste it. Something like clove and cinnamon tea. Sweet and spiced and sharp. It was getting dark quickly. The sun (or whatever lights a place like this I guess) was already beginning to set somewhere behind the trees out there in Neithernor.

I couldn’t believe what was happening, where I was. What I was seeing.

There was a narrow bed, which was unmade, and a small glass and metal lantern on the table beside it. The lantern was shaped like a little house with windows and a pitched roof and a metal loop at the top of the chimney so you could hang it somewhere. There was a small knob at the base. I thought maybe it would spark a fire inside it so I turned the knob. A soft bell rang inside the lantern and light started to flicker behind the frosted windows. Several lights, dim but growing brighter, started moving throughout the lantern. The lights were little living things and that was their house. It gave a soft orange glow. I gently picked it up and carried it around the warren.

There were paintings hanging on the walls. Landscapes. Seascapes. Shorelines and wooded paths. There was a painting of a chain of low islands on an ocean and in their center was what looked like a dozen shipwrecks smashed together. Crow’s nests on masts and bows and sails made a sort of looming castle in the middle of the sea. I looked closer, and when lit by the lantern light, the sails began to billow, flicking off the surface of the canvas. I thought I could touch them they looked so real.

I rummaged around. I opened the drawers of a tall dresser and found men’s clothes. My father’s clothes. I wasn’t sure how to get back home because the broom closet door wasn’t knocking. I didn’t know how much time had passed but I was scared to leave. Scared I wouldn’t be able to find my way back here. I was still numb with awe. I put on my father’s cardigan and sat in an overstuffed armchair with my little house lantern. I should’ve pulled out the journal to see if something new had appeared, but I was so preoccupied I completely forgot. I tried to take a photo with my phone but they just turned out blank. The whole place is like the journals. I sat back, closed my eyes for a moment to just feel the place, and I guess I’m still a little jet lagged because I fell asleep.

I woke up and the sky outside the window was pink and orange. Dawn. I’d slept there all night. Dusk until dawn. I felt a twinge of nervousness that I’d just absently left my entire world behind for so long. And the more I thought about it, the more I started to hear a familiar sound. A soft knocking on the broom closet door. Not loud and demanding like on the other side of whatever it’s on the other side of. Polite. Like someone checking to see if someone else was awake on the other side of the door. So with a few polite knocks of my own I’d knocked my way back home.

I thought I’d leave the door open, see how long I’d been gone, and dash back in. But when I got back to the brownstone I found Cole there, who said you were all worried about me.

I’d been gone less than two hours. I tried to explain where I’d been, but felt like I couldn’t. I had to show him.

So I closed my eyes, thought for a minute of that little warren, and I summoned up a knocking door. Like magic.

I remembered to check the journal this time and naturally the warren had unlocked more journal pages.

My dad said the warren (which is why I knew what to call it) was his home for many years.

Time is different there. It moves faster, but our bodies are still bound by the passing of time in our world. We can experience days and weeks there but our bodies and minds only age by seconds and hours.

When he had finally found his way here, (which he says is a story for another time), he’d secretly hoped that Monarch’s Mountain would have been waiting there to welcome a traveler of the path. He’d been harboring the belief that maybe they’d somehow remembered and tended to this world. But they were gone. And as wondrous a world as it was, he felt more alone than ever.

He says that Neithernor is a wild and wondrous place. But a sad place. It’s the last corner of our world as it was, and as it could have been. But even broken it’s still beautiful and full of undiscovered wonders. Treasures still hide here. Ruins to explore and stories to seek.

He then explained what happened after my mum died. He believed the storm had been looking for him because he’d briefly come in contact with the Mountaineers and had been touched by the book. But he’d also been touched by Neithernor. Regardless, the storm wouldn’t leave him alone. So he sought refuge there. But when he returned home the storm would hunt him, and over the years the doors to Neithernor started closing. They were always meant to protect that world. To keep out the Silver. And so it became harder and harder for him to find ways in, until he discovered that the storm couldn’t enter Central Park. And in the Ramble he found a single door that could still carry him over.

Eventually he had nothing but the Ramble and all his regrets. But years later he felt a presence in the park. Faint and faded. It was the Council. What remained of them. He says they spoke to him, in the rustle of grass blades, in the chirp of baby birds. They were calling to him. They had sensed his presence too, also faint and faded. They’d found each other.

Over the years they nursed each other back to life. He says he became brave enough to leave the park so he could collect objects and artifacts from the other time. He shared their power and the Council grew strong again. And together, over years, they came up with a plan.

All of this is the wheel they set in motion. The last chance to unchange what has been changed. He wanted to fight for them, but his mind was broken by what happened with my mum and the storm wouldn’t stop pursuing him until he was gone. He could die alone in Neithernor, or with his friends there in the park.

He told them he knew someone who was brave enough to take his place.

A fighter. Someone who could work with those who would hopefully become the final mountaineers. He was talking about me. All I had to do was find the secret path he’d set for me years ago after he cast the spell to protect me from all this madness. The Council felt it was a lot to leave to “maybe” but my father said I was my mother’s daughter. As far as he was concerned there was no maybe.

He said I have to explore this world now. He can’t tell me how to find the little red house. I have to find it myself. And when I do I’ll know why.

He told me to take the walking stick he’d left by the bed. From now on I should carry the compass, the journal, and the stick with me wherever I go. With them I have all I need to do what I have to do.

He said to hold close to everything he ever told me. He said to trust in the flow of magiq and that he loved me and was proud of me.

Cole didn’t want to stay in the warren. We had our first row (a long and personal story) and now I’m back home, wondering what I’m supposed to do and how I get out of the warren to do it.

I wish I could bring you all with me.

I’ve felt so lost for so long. But there, in his chair, looking out his window… for a moment I felt connected to him. And who I am. Where I come from. This is the place that shaped my parents and my life.

It made the warren even more wonderful. I didn’t know who I was for the longest time.

But I am my father’s fighter.
And my mother’s daughter. 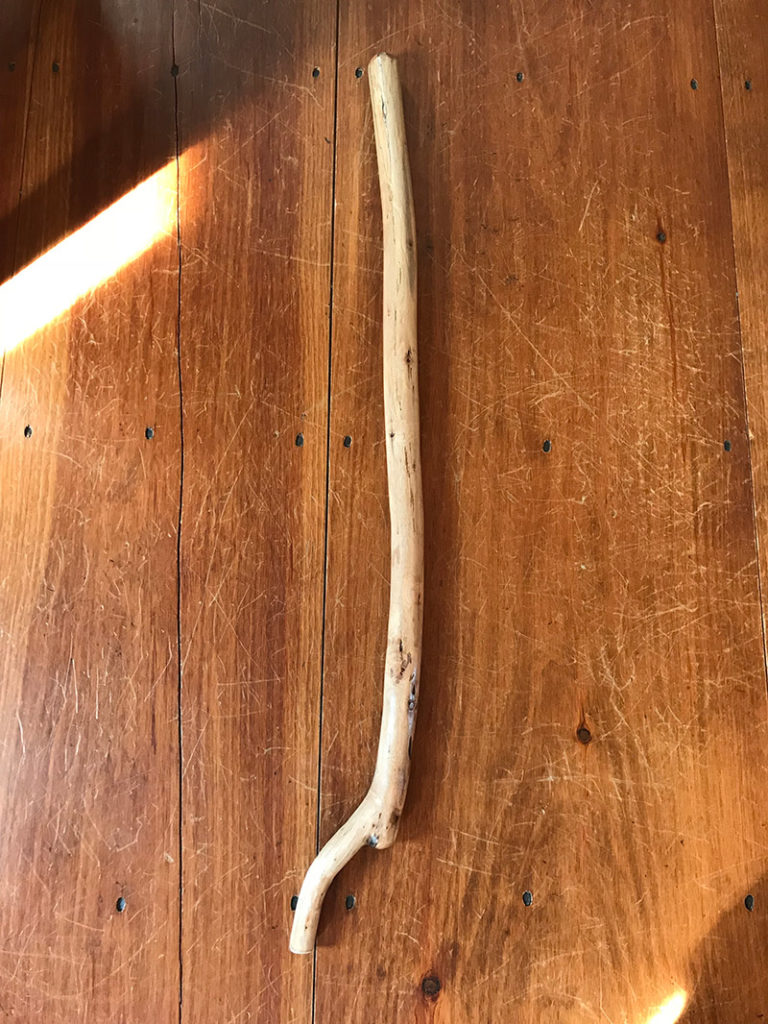 5 thoughts on “My Mother’s Daughter”