Grey (as he asked to be called) invited us in and Cole and I both noticed that it felt like the atmosphere changed as we walked through the door. Like we were in a plane taking off. Definitely something weird/magic.

The place had been completely untouched from when they turned the building into a hotel. It wasn’t huge (though still absolutely massive by New York City standards), but it was beautiful, dappled with light, the sounds of NYC city traffic a soft drone, dulled by beautiful curtains, antique furniture, and heavy, wall-sized tapestries.

We sat down with him in the parlour where he motioned for us to join him. I was not at all expecting this so my mind was furiously trying to figure out what to say, what to ask, what to do… And Cole, feeling this was my show (he told me later) tried to fill my awkward quiet with compliments about the apartment while I tried to get my mind together.

Grey started talking, his hands in his lap but gesturing dramatically at times, leg crossed over the other at the knee. He had a sophisticated but warm air about him.

He paused every now and then, trying to find a memory, or a word, (I just looked at the Basecamp post about Ackerly Green and only now realised Grey is 101!) but he didn’t seem frustrated or embarrassed. He just looked at his hands or out the window and waited for whatever he was looking for to come to him. We talked for the better part of an hour before I told him that we were surprised to find him here because as far as anyone knew, he’d died decades ago. He smiled and nodded, telling me that had been my father’s plan.

He went into the kitchen, brought us tea and said the memory was very hazy now but my dad had come to him years ago and told him that the Ackerlys and the Greens were connected to a conspiracy and he thought those of us who suspected it we were in danger. Grey thought he’d gone insane but my dad showed him something that changed his mind, though he couldn’t remember what it was now.

Grey explained that the apartment had been preserved at great cost, first to protect him and others in the families, then eventually me. So if I ever followed the path here, the path my father left me, the safe haven would be waiting. He pointed to the front door where there were two locks. One was normal, one was not. He said one simply locked the door, the other one locked out the world. That’s what my father had told him.

He said my dad came back at some point because he remembers him both as a young man and an older man, but all the years in the apartment had become a jumble. He remembered he cared very much for my dad and had hoped that he could make up for what happened with my grandfather by being there for Sullivan.

Grey asked Sullivan to warn Grey’s son James, but he and Grey had a contemptuous relationship and James wanted nothing to do with the Ackerlys or the Greens. My dad reassured him that he thought only those seeking the truth were in danger. And from what he knew James led a normal life, untouched by magic. Grey asked if I knew what became of his son. I sort-of recalled reading that James died but since I wasn’t sure, and wasn’t sure when, I said no. It seemed like a well-intentioned lie at the time but I feel guilty about it now.

I asked him if he remembered why the two families were in danger, who my dad was afraid of. Grey didn’t remember, said he may never have known in truth. Then he said, “But I assumed it was about the books. The lost books. And that assumption, Sullivan said, was why I was in danger.”

Cole and I were stunned. Cole asked if Grey remembered them. He told us that the older he got the more the walls come down. For most of his life he only saw the path blazed by the choices he made. But now he can see other choices. Warren’s choices. Choices he never allowed Warren to make, but somehow, somewhere, those choices were made. He said he didn’t remember the books, but he now remembers a hole where something used to fit, and as decades passed, that hole became the shape of The Lost Collection. He stopped himself, a little overwhelmed, and said something to the effect of, “You have to take everything I say with a grain of salt, unfortunately. I sometimes find myself remembering something that isn’t mine to remember. A dream or a story told by someone else becomes the truth, my truth, at this late stage of life. But I know there’s something missing. A scratch that’s missing its itch.”

That stuck with me. A scratch missing its itch.

He went on to tell us that his life had been consumed with poor decisions but he hoped in helping me, he could do some right. Give his life purpose. He was sure there was more to tell, but he couldn’t quite remember. He knew at some point he’d taken to writing it all out.

He got up to look for his writings… and then after a few minutes called us to the dining room. The room was sunny and had a great big wooden table. And on the table, was a box.

Grey had remembered this was what he was meant to give me. The box was from my father. 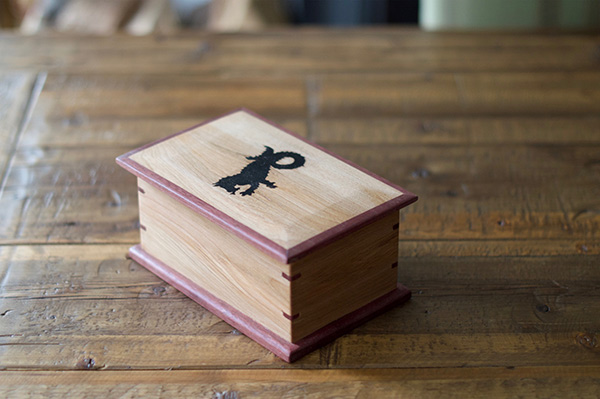 I was so out of it that I only found out later Cole had taken photos in case Grey didn’t let us take the box, so you could see it. 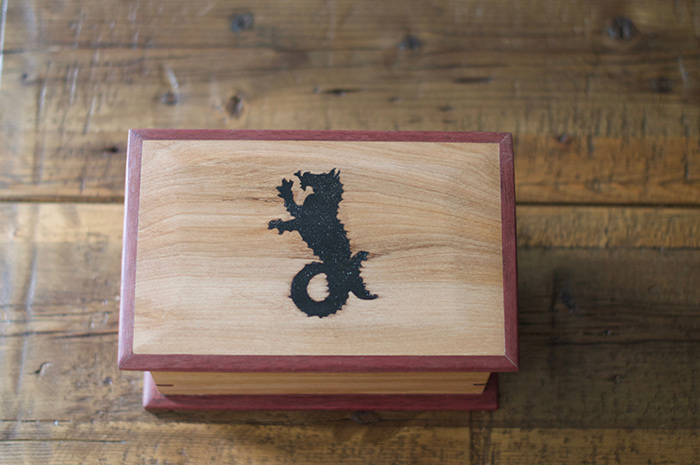 This was what my father had wanted me to have. It was gorgeous, expertly crafted. There wasn’t a lock, but I couldn’t get the lid open. Grey had never seen the inside of the box either, but had been assured by my father that I’d be able to open it.

I spent ten embarrassing minutes trying to pry it open before realising this must be some kind of puzzle. Some way of protecting whatever was inside from everyone but me.

I went back over everything I’d seen and learned these past months as Cole and Grey made small talk to try and pretend they weren’t waiting for me to figure this all out. Sometime later, room service arrived and they left me alone with a sandwich while they ate in the parlour.

It had to be sealed magically. Nothing else explained how tightly locked the lid was without an actual lock. What was I missing? What did I know that no one else did? I even picked over the two halves of the scarf, maybe something else was hidden in them…Then something struck me. Why was Herman on the box? Yes, a Green left it with an Ackerly to give to me, but it had to be something else, it had to be a clue…

And then I remembered…

The hippocampus pendant. A clue in the scarf separated them into a pair. What if I had to bring the two hippocampii (?) together for the final clue?

I pulled it out of my bag and half-expected it to be drawn to the box like a magnet. I laid the pendant on top… nothing. I moved it along every side of the box… nothing. At this point Cole and Grey were standing in the doorway, watching.

And then, half-embarrassed, I put the pendant around my neck and I barely had to touch the box. It almost opened itself when I tried to lift the lid. 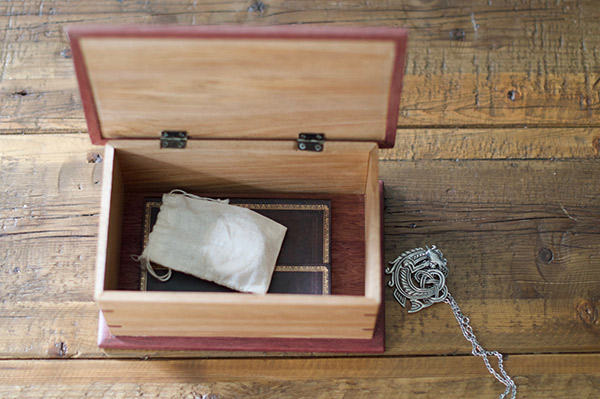 Inside was a cloth pouch and a small journal.

Inside the pouch was what looked at first like a pocket watch: 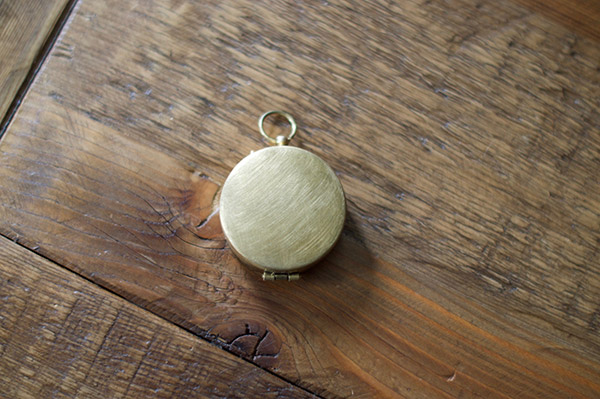 Until I opened it… 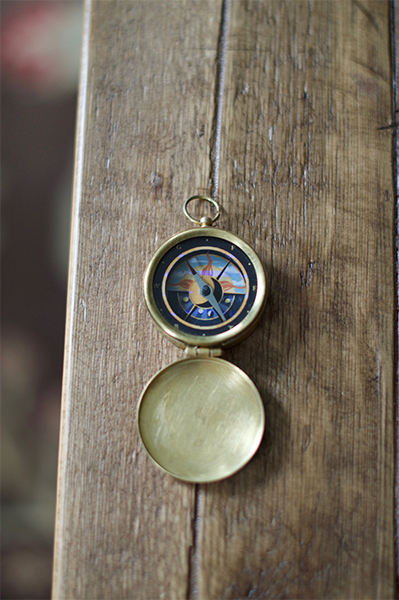 The thing on the cover of The Guide to MAGIQ. Cole said you call it a chronocompass. It must’ve been my father’s.

The journal was blank except the title page which my father had written, “The Monarch Papers: Neithernor” 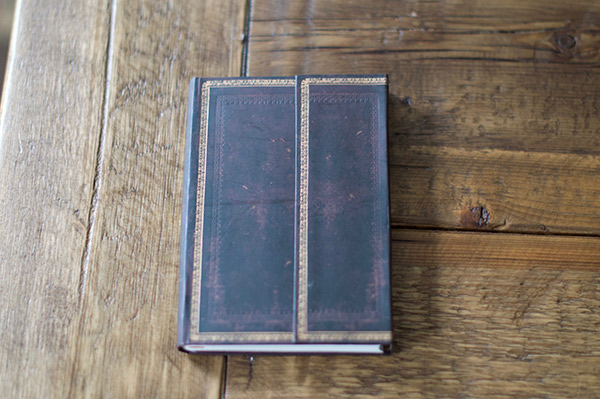 And a letter to me.

My Deirdre,
You’ve found it. Your bravery and heart have led you here. Beyond all hope you have continued, and on the other side of the darkest woods you have found the end of a path. Now you stand at a door, my love. On the shore of your future and the future of all the world.

But the time for choosing is done. This is a door you must go through I’m afraid, because your journey is now tied to all of us. All who’ve sought the truth. There is a plan in place. An unfathomable machine of secrets designed by myself and the council beyond our sight- a plan to thwart The Storm and its master.

Hope is not lost. Not yet.

The truth is this… If we don’t succeed now, then all of this will be for nothing. The magiq here in the mundane is finite. This is our final chance. I have sacrificed my life for this cause. I would never wish the same for you, but I trust no one to finish this more than the daughter of your mother.

All you need is inside this box. And the places these objects will take you.

Be prepared, nothing I have done to protect you so far can keep you safe now. Trust only in the flow of magiq and those who join you on this journey.

To begin this final chapter The Mountaineers must use the most dangerous of magiq and you must learn everything about the secret world.

The Mountaineers must reach out to the past, and you my dear, must go to Neithernor.

This error message is only visible to WordPress admins