Yesterday was my birthday.

Last weekend Cole planned a surprise trip and it was wonderful. Guess where? Hudson! My other favorite town in New York. We ate too much, drank too much, spent too much, and it was all sorts of glorious.

I spoke with Mon briefly. Things have moved so quickly this past year… Bunratty, the move, the journals, the travels, and now it all seems a billion miles away. And of course I feel guilty because part of me thinks Mon’s health should be my number one priority. And it would be… if there was anything anyone could do about it. She remembered me for most of the call and it was lovely to hear her voice.

Other than the trip to Hudson we’ve just been… not on some hare-brained adventure or hunting some lost book or magical painting. Just being. We’re mostly staying at Cole’s place because the brownstone doesn’t (yet) have air conditioning, but I still pop back there every once in a while. Cole would drag everything I own to Hoboken if it were up to him, and while I love falling asleep with him and waking up in his arms (or with mine wrapped around him) I like knowing that I have that place too. I don’t know if it’s because of past relationships maybe? David did kick me out of “our” flat after all. HA! I hadn’t thought of him in a while. Seems so silly now, all that fretting. But I guess if I hadn’t fretted so dramatically I wouldn’t have crossed the Atlantic in the first place. Hoorah for dramatic fretting!

Speaking of sleeping, we’ve both realised we sleep SO much better together. Cole said he saw this pic on Tumblr (naughty boy tumbling at work), and it’s us in a nutshell: 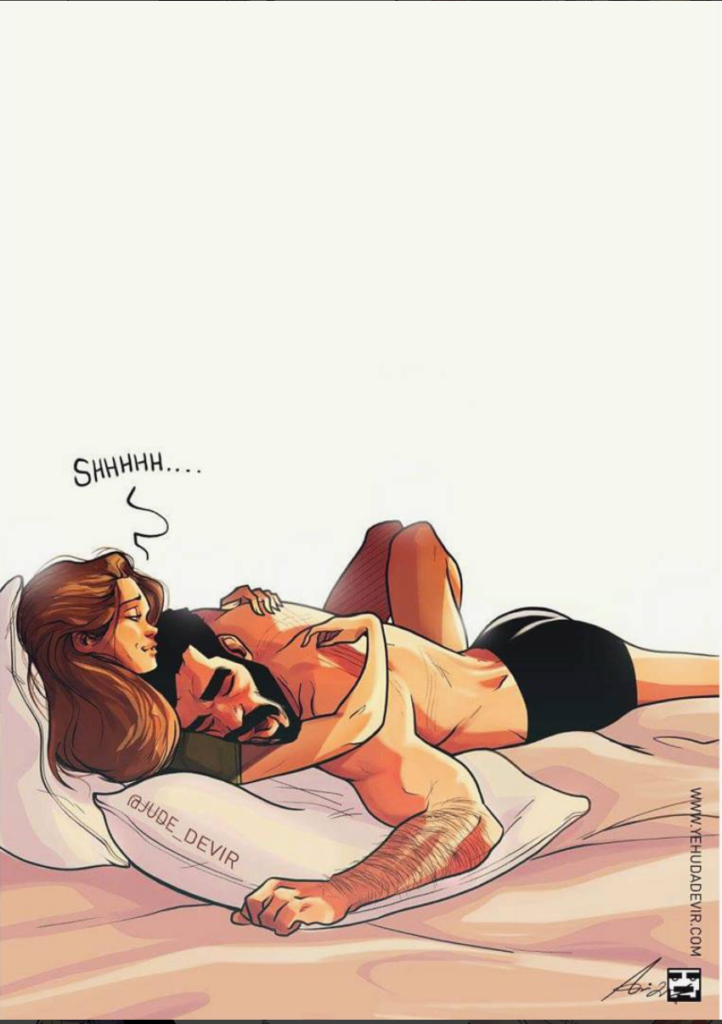 I couldn’t agree more. (Cole said I could post this ONLY if I made sure you all knew that he doesn’t claim his body looks anything like the man in the pic. So I’ve said it but do not in any way endorse said statement. Hi sweets!)

Speaking of sweet… This was my birthday present: 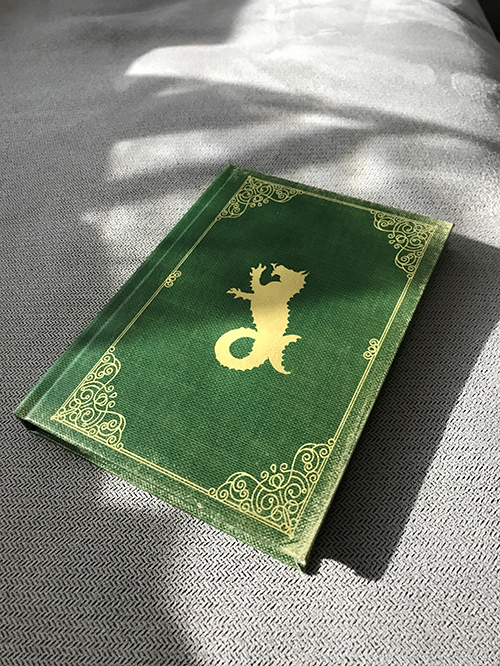 He designed it himself! I absolutely ADORE it. It has blank pages so I can play around with watercolor, my newest hobby, which no you can’t see because I am baaaaaaad. (He also gave me an amazing watercolor pen kit!)

So we’ve just been… well, truth is we finally admitted in Hudson that we’re crawling out of our skin a bit. We’re both loving finally being able to spend time together, but the what-ifs and what’s-nexts are always in the back of our minds. It was honestly quite a relief to hear he felt the same. We both know, deep down, that this thing with the journals and my father isn’t over. But we have no idea what to do next and we’re both looking for signs and symbols and knocking doors… Some secret order in everyday life. I mean, everyone is, sure, but we (you included) have actually found actual, honest-to-god mysteries and puzzles and magic. It’s hard to go back to everyday life.

It’s one more reason I’m so happy I found Cole. Happy you brought us together, too. Who else in the world could understand us but each other?

It’s officially summer but I still carry the scarf in my bag at all times. And the pendant. I figure if they offer any protection whatsoever, I’m more than happy to haul them around, especially given what’s happened with the Book of Briars (a couple Mounties wrote me after.) I wonder if I should protect my blog?

So, I’m here. One year older. Happy where I am. But looking for the road that’s waiting out there. Excited I don’t have to walk it alone. I don’t know what I would do if I didn’t have Cole, and you, to share this with.